The members of the SiLaS research project intend to improve vision during laparoscopic surgeries – by using optimized hardware, smart software and funding from the German Federal Ministry of Education and Research.

No one wishes for their use – except, paradoxically, presumably the patient: since laparoscopes have been used in abdominal surgery, they have spared many patients from traditional large abdominal incisions. Today, medical teams almost always operate on appendixes, inguinal hernia and many other troublemakers using minimally invasive (keyhole) techniques. They insert surgical tools and the laparoscope into the abdominal cavity through small, inconspicuous incisions. A camera in the laparoscope sends real-time high-resolution video images from the abdominal cavity to a screen in the operating room. To provide sufficient space and the necessary visibility, the abdomen is insufflated with CO2. But this does not guarantee perfect vision.

In fact, relatively often during laparoscopies the image quality from the camera deteriorates over the course of the surgery – the optics fog up due to temperature differences, or splashes of blood and fatty tissue are deposited on them. In such cases, the medical team has to remove, clean and reinsert the laparoscope – or in the worst case even switch from the minimally invasive technique to the old-fashioned method with a large abdominal incision.

In the future, a solution will be available thanks to the outcome of the interdisciplinary research project SiLaS1, which infoteam, together with four other companies, has been advancing since May 2022 – a laparoscope that is immune to contamination. The basic idea is a kind of protective shield that wraps around the laparoscope and the optics. How exactly this works is still a secret – only this much is public: the research team plans to modify the design of conventional laparoscopes to prevent contamination. The companies involved are currently researching which design is best. However, it is likely that this new technology will result in image errors that will have to be corrected by software in real time.

The infoteam team under project manager Lars Stapel from the Data Science segment is in charge of image correction. It is now examining static image errors that occur every time and in a consistent place due to the new design. These include fields of curvature (elements at the edge of the image appearing small and far away), double images (individual elements appearing twice), and dark spots and blurring. Since the final design has not yet been determined, infoteam first analyzes the influences of the various hardware designs as a decision criterion for the final design. The team then develops algorithms for image correction. If dynamic image errors are also encountered during exploration, the team will be ready to develop AI-based image corrections. The first phase of the research project will run until the end of October 2023 and is intended to clarify whether the envisaged solution and its technical implementation will lead to the desired outcome. If so, it will then go into the second phase until the end of May 2025.

1 SiLaS stands for "Safety device of laparoscopes against visual obstruction" 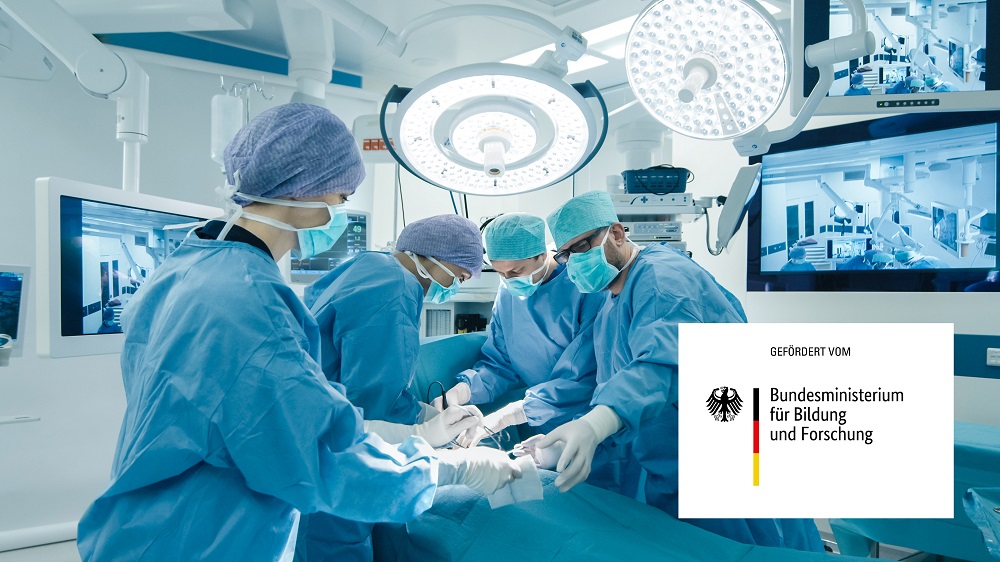