Multi-agent system made by infoteam

The order comes from the very top and has the highest priority for 007. Undercover, he informs his network: Everyone should communicate with each other so that the mission runs smoothly. Within a very short period of time, driverless transport vehicles, equipped with special tools and all kinds of aids, roll towards the operation site.

007 is an agent. A job agent. And his operation site could be any industrial production hall that relies on innovative and flexibleproduction lines. Until now, production lines have been rigid: in order for one piece of stainless steel to become a finished component, it has go through many work processes. This involves passing through a fixed, rigid production line, which produces thousands and millions of components of exactly this type around the clock for days, months and years. There are no intentions to change the manufacturing process.

For production lines that are only scheduled to be used for a few weeks or months, the mechanical engineering business segment, in cooperation with a large, international machine manufacturer, has developed a different and innovative approach: flexible, intelligent production lines. The idea is simple. Whenever there is no production order, the hall is empty and all machine modules are on standby in a machine pool. As soon as an order comes in, the machine modules roll out of their waiting position and position themselves in such a way that together they form a production line for the order. For this purpose, each machine module is mounted on an automated guided vehicle (AGV) and is therefore autonomous and flexible. If the machine module requires a specific tool for the order, it takes a detour via the workshop and can be upgraded there. There are also transport vehicles that deliver the material and transport the components that have been produced or completed within the production line. The highlight of the overall concept is that, in practice, a production line is assembled by the machine modules on an order-specific basis and is not fixed but rather dynamically constructed – even for several lines in parallel. Each individual module is coordinated by an agent and, so that no chaos breaks out, a multi-agent system made by infoteam is used.

Multi-agent systems cannot be touched because they exist in the form of software1. Each haptic component that could at any time play a role in the production line has its own virtual agent. If an order comes in, a job agent takes over as a kind of project manager. It knows the number of components ordered, the desired delivery date and, based on the order information, which modules (machines, tools, transport systems, etc.) it has to organise and position in which order. If a hardware agent determines that its machine module meets the requirements and is available, it reports for duty and drives to the desired location. The entire production line is gradually built up in this way. The fact that all components have their own agents that communicate with each other creates a flexible and intelligent production system. For example, hardware agents can organise replacements at an early stage if their machine module reports an imminent failure. And, as befits real agents, the multi-agent system also has an unbeatable ace up its sleeve: it can be scaled to any size desired – both in terms of the production lines supported and recorded floor space.

1 The agent system is based on C++, the front end uses Angular and the agents communicate via Data Distribution Service (DDS) and MQTT for data-centric communication in highly-dynamic distributed systems.

You can find more information from the "Industry" section at infoteam here. 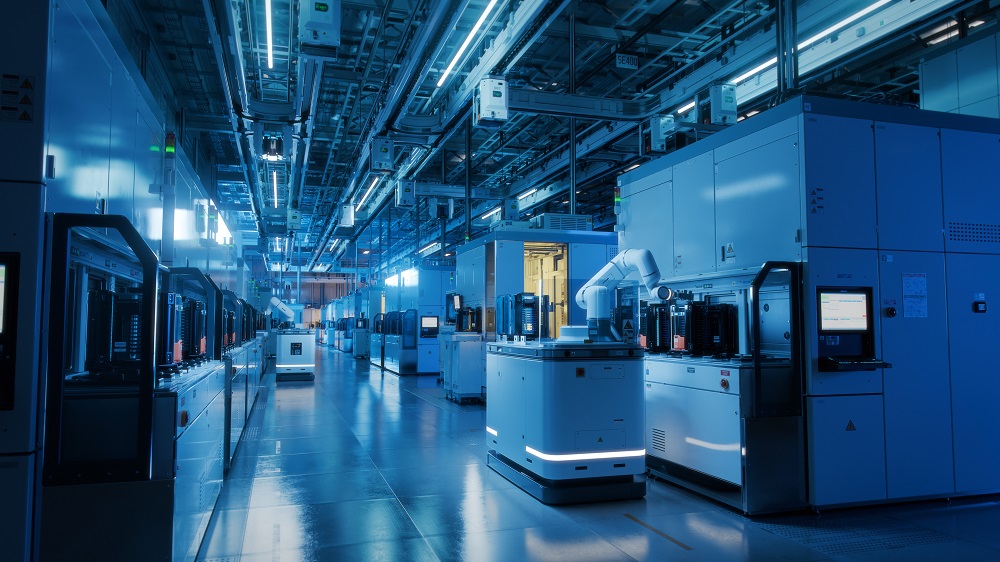